7 Raddest Things from the 90s

I was looking through my old blog posts and I found one about fads that I didn’t miss.  It got me thinking about some of the awesome things from my childhood that I miss.  Here my list of 7 things that made the 90s bodacious!

These were the coolest

Yes, there are still arcades, but they don’t hold nearly the pull of the old arcades.  I remember riding my 10 speed out to the local arcade to play amazing games that you couldn’t get at home.  In the modern era of HD game consoles and motion controls, you would be hard pressed to find an arcade game that looks better than a game you can play at home. 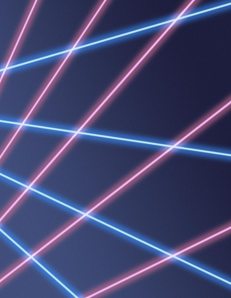 Who didn’t want to have the laser background for their school pictures? By the time I was in high school, your options were basically grey or blue.

These pizza-obsessed crime fighters occupied much of my Saturday morning routine.  Have you tried watching kid cartoons these days?  I’m pretty sure that the Ninja Turtles could kick Dora’s butt.  I don’t even know how many of the TMNT action figures I had, but I remember being jealous of the kids that had the Turtle Van.

Why is it always dolphins? Neon dolphins?

What list of awesome things from the 90s would be complete without Lisa Frank?  The psychedelic stickers went on everything.  Binders, shoes, bed stands.  I remembered that if there was a girl you liked, you made sure she got the Lisa Frank valentine.  What better way into a first grader’s heart than neon dolphins dancing over neon penguins?

High tops were all the rage back in elementary school, and LA lights were the king of high tops.  These were especially cool for when you were out playing during the night.  I’m pretty sure that at least once I had a sleepover just to show off my LA Lights at night.

For all of those Lisa Frank stickers

I’m almost positive that every single kid in my class had a Trapper Keeper.  It has all sorts of pockets for pens and pencils.  It was half backpack and half binder.  Science cannot explain why, but putting some velcro on a binder suddenly made it awesome.

Slap bracelets were the ultimate fashion accessory.  I’ll never forget the day that my sister came home with a slap bracelet; it was magic.  It looked straight, but then you put it on your wrist and BAM! now it is a bracelet.  You could get all of the cool styles (zebra print, neon green, neon zebra print, etc.) and just swap them out as needed.

Did I miss anything?