Last year I made resolutions. Not so this year. But, for kicks and giggles, let’s see how I did with my 2011 resolutions…

This year, I’m going to try being fulfilled. Read President Uchtdorf’s talk again. I want to learn to stop waiting for x to be fulfilled – to not want a Golden Ticket. There are things I’m waiting for, of course, but I can be happy even while I wait.

School is a lot less demanding this semester, but I seem to be scheduling a lot of other activities because of my lighter school load…which just means that I’m extra busy, in another form. I feel pulled in a million directions – I want to do lots of projects and playing and little trips with the kids; I’d like to do as much family history research as I can while I’m near the Family History Library in Salt Lake; I’m still working on graduation announcements, which I’ll have letterpressed by local Rowley Press; I want to read more books; and I even want to clean our house, probably the most unrealistic thing on the list. On top of my poor housekeeping skills and natural untidiness, Evan and June are actually some sort of anti-cleaning sprites or brownies or something. (Is that a thing?)

But there are prior claims on my time. I got myself into this finish-your-degree stuff, and now I’m so so so very close, and I do have reading to do for classes. I have tests to take and papers to write. Prior to that, I have kids that need to be fed, clothed, attended to, played with, and disciplined. (Not necessarily in that order.) And let’s not forget that Jarom and I like to spend time with each other! We both have lighter loads this semester, but it still seems like a challenge to find time to do things other than homework, childcare, and cleaning together.

I am trying to find some balance…this week Jarom made cookies, we had friends come over, I took the kids to visit the pet store, some girls from the ward are coming to entertain Evan and June this afternoon, tomorrow June has a checkup and I get to go do safety & emissions for our car registration (wahoo!), Friday Jarom and I will go to the temple for a session (twice in two weeks! And another trip scheduled for next week!), and Saturday I’ll study for a test before we go to our friend’s first birthday party. Sound like enough fun + responsibility mixed together?

Sadly, I have two tests next week (both for independent study classes). But other than that, almost nothing on the calendar! Except, you know, going to class. Still! I’m looking forward to the magical time after school is over, we’ve settled in wherever we’ll end up, and there are a couple years left before Evan heads off to school. I’d like to have a whole week free of prior claims on my time.

You probably wish I put up more pictures of the kids. I do, too. But they are surprisingly uncooperative when it comes to taking pictures. Here’s one of my recent attempts: 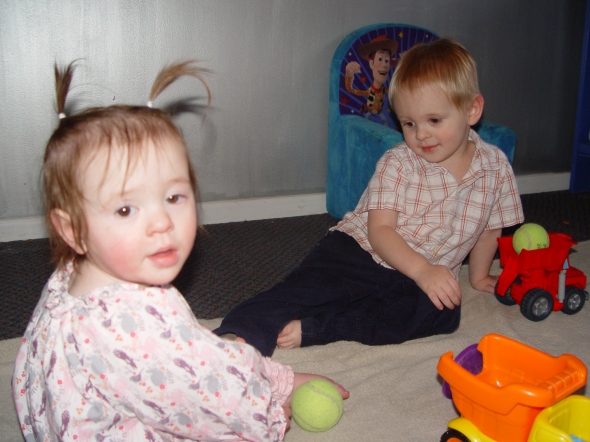 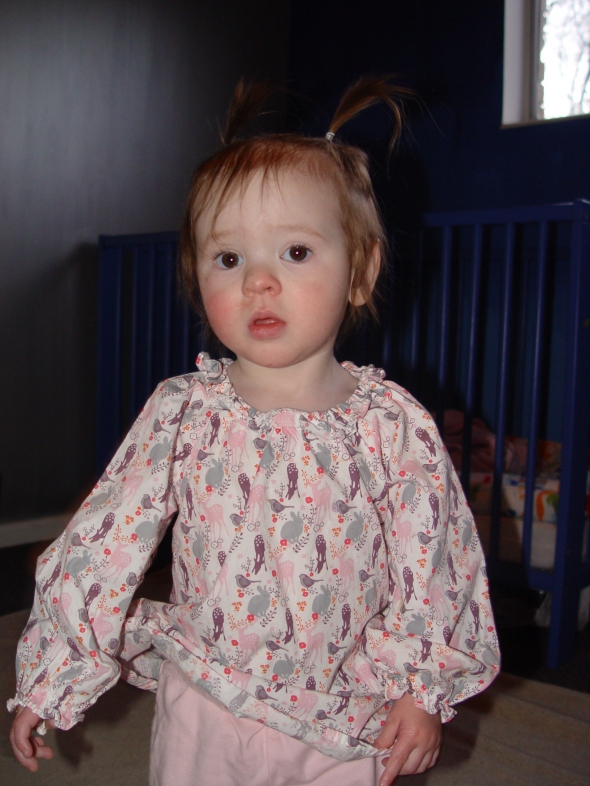 I concede that part of the problem may be my lack of knowledge and experience taking pictures of kids. But dangit, they are terrible subjects. Then again, why would they listen to me about being photographed when they don’t listen to me about anything else?