Evan has been so excited about going to first grade that he does parkour everywhere we go. And practices doing flips on my bed. It’s one of the few ways he expresses enthusiasm.

He got up just after 7 this morning and immediately said, “I’ll get dressed so we can go!” Sorry, bud, you’ve got an hour and a half before we need to go.

I asked Evan the same questions as when he started preschool and kindergarten.

Who is your favorite person in the whole world? Maggie and Trinity (two of his kindergarten classmates)

What is your favorite color? yellow

What is your favorite movie? Jurassic World (he’s seen it 3 times in the theater, not quite the record of Jarom’s 16 trips to see Jurassic Park as a kid)

What is your favorite outfit? “My Jurassic World velociraptor shirt and skinny pants.”

What sport or game do you like best? “Playing Wild Kratts.”

What song do you love? Shut Up and Dance (he loves it SO MUCH that I have begun to hate it passionately)

What is your favorite cereal? Rice Krispies Treats Cereal

Who is your best friend? Cooper (I was surprised at this because he rarely mentions Cooper, who moved away more than a year ago.)

What do you want to be when you grow up? a veterinarian

What is your favorite book? Bunnicula (which we haven’t started reading yet. He’s just really excited for it. We’re still working on Fablehaven as a family)

What are you really good at? parkour

Where do you wish you could go on vacation? to see Cooper

What is your best memory? staying at the beach house in Monterey last summer

What is your favorite food? oatmeal, watermelon, and fried rice

If you could have a wish, what would it be? “To have a baby Indominus Rex. But he’d be nice.”

What is your favorite ice cream flavor? cookie dough

Who is your biggest hero? “Pa, because he helped me across the monkey bars.”

What do you like to do most with your friends? play and swing and run

What do you hope you’ll get to do in school this year? science!

Last year I had this great plan for a Christmas present for Jarom. I had the kids make up stories, I wrote them down, and I was going to illustrate them (or adapt the kids’ drawings) and make a book. A really great book.

Guess which part actually happened? Just the stories. I did try to write them down word-for-word, though. And I found the papers the other day!

At the time of the storytelling, Evan was 4 (almost 5) and June had just turned 3. See if you can guess which story is by which kid.

Once upon a time there were dogs. They ate everything in the whole world because they liked every type of food. Suddenly, they accidentally ate someone’s house. It was a giant ant-eating dog-ant that ate every type of house so it can eat the dogs. This is a good giant ant-eating dog-ant because it ate a bad guy’s house. Then suddenly CRACK went the ant! KABOOM went its nose in a big explosion. There are dogs eating their food and other stuff. The end.

Once upon a time Santa Claus had ponies. They gallop. The reindeer is a type of pony. The pony eats Santa Claus. The end.

The unicorn takes the crown back in her hand and gallops with it. The end.

Once upon a time there were 3 little pretend dinosaurs that came alive. They pretend that they’re dead but actually they’re alive. They look like they’re statues. Two Os and an E. They turn into a toy again. Then they come alive again and they eat meat from the meat store. They go outside to eat their meat. They eat everybody’s food that was made out of meat! Everyone is sad so they sneak up to kill the dinosaurs but the dinosaurs are just toys. The people are sad because they lost all their meat. The live T-Rex that doesn’t turn into a toy comes to town and he EATS the people. That’s the most frightening part. Then the T-Rex ate everyone’s treats. All the alive-not-toys dinosaurs came from the whole planet. They were good ones and they didn’t eat the T-Rex but made him a good guy except he still ate everyone’s treats because the whole earth of people was in his stomach. The end.

A note about that last one: 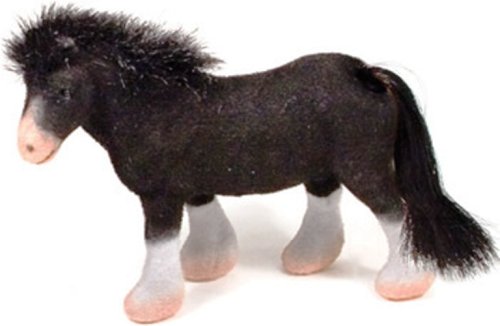 This is a Flufferfito. He has fluffy feet.

I have really mixed feelings about today being Evan’s first day of kindergarten.

I’m partly overjoyed. Evan and I really need a break from each other; he’s recently decided that he LOVES reading (hallelujah!); he wants to be around kids his age; I’m not prepared to teach him everything his teacher is.

And I’m partly anxious. I got a handout with a list of “‘I Can’ Statements” for each term of the school year, and there’s a LOT to learn. I’m anxious on Evan’s behalf – what if he doesn’t like school? What if he doesn’t make friends? What if he’s a bully??

And, of course, I’m partly sad. While Evan is at school he’s in a world that doesn’t include or need me. (I realize this is a weird, probably untrue statement, but it describes how I feel.)

That being said, may I present a very excited kindergartener?

We did the same questionnaire as last year.

Who is your favorite person in the whole world? Caitlyn (our 7-year-old neighbor who moved into Cooper’s house)

What is your favorite color? purple

What is your favorite tv show? The Aquabats

What is your favorite outfit? “My dragon cape from Grandpa Glenn.”

What sport or game do you like best? “All kinds of dragon games.”

What song do you love? “The song with all the monsters that we use when we clean up.” (The mini-boss music from Wind Waker – we really do put it on when we need to clean up quickly!)

What is your favorite cereal? bird cereal (Fruit Loops)

Who is your best friend? Caitlyn

What do you want to be when you grow up? a fireman

What is your favorite book? any book about sharks

What are you really good at? “Playing dragon games.”

Where do you wish you could go on vacation? the beach again (We spent a week in Monterey at a family vacation)

What is your best memory? going on rollercoasters at the Santa Cruz Beach Boardwalk

What is your favorite food? ice cream

If you could have a wish, what would it be? “When I wanted to shrink I could do that and then grow back.”

Who is your biggest hero? “You [Mama]. Actually it’s mostly Pa.”

What do you like to do most with your friends? play dragons

What do you hope you’ll get to do in school this year? go on field trips