A few updates on what we’ve been up to lately, including our beach trip…

There's a little cupboard in the kitchen and it is perfectly Bwun-sized. He spends a lot of time in there - we sometimes refer to it as his office, since he likes to put cell phones, keys, watches, iPods, etc. in there. 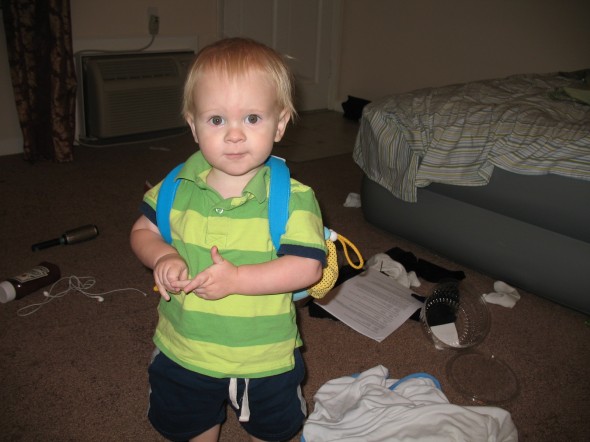 The Romgi brought back this little backpack for the Bwun from Korea. Usually the Bwun tries to put one strap over his arm like a purse and then gets mad that it doesn't work. This time, he let us put it on before we tried going to a restaurant for my birthday. He looked so big! P.S. Please ignore the Bwun's mess. I didn't feel like spending all day cleaning up after him on my birthday.

One day when the Romgi came home for lunch, he brought this swallowtail butterfly with him. It turns out I am a little bit afraid of large bugs flying at me, even if they're pretty. Luckily the Romgi took it back outside when he left. 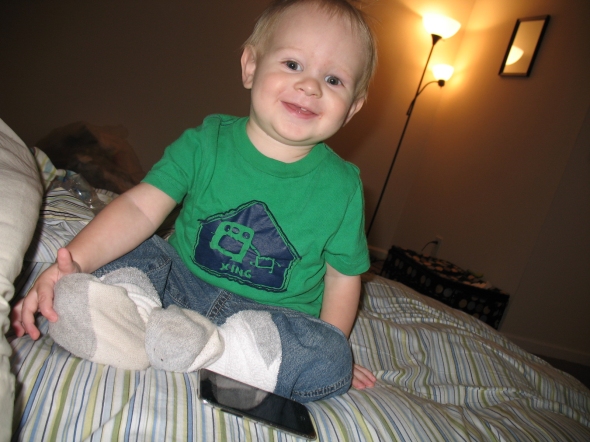 Also, the Bwun wanted to wear the Romgi's socks. So I let him.

Last night we stayed in a hotel in Jacksonville, NC so we could head to the beach this morning (Greensboro is about 4 hours from the coast). Thanks to the Bwun and his anti-sleep habits, we didn’t get to leave as early today as we wanted, but we did get to a little place called Swansboro just before lunchtime. It has a historic district with lots of little shops and restaurants.

First glimpse of the Atlantic Ocean! Actually, second - the first picture that the Romgi took was right after we got out of the car, and the camera lens fogged up from the humidity. 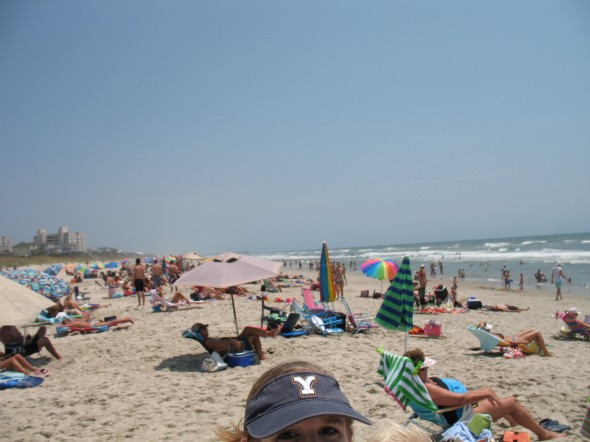 The beach we went to was in Emerald Isle. No, I don't know why I'm in this picture.

It was definitely crowded. But colorful. Someday we'll have a beach umbrella, too... 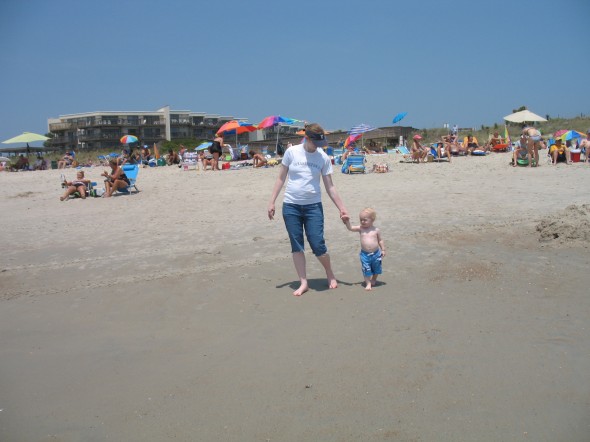 The Bwun and I took a swimming class in Utah while the Romgi was in Korea, so the Bwun knew what it meant that I put on his swim diaper and trunks. But he was a little hesitant when he saw the ocean. 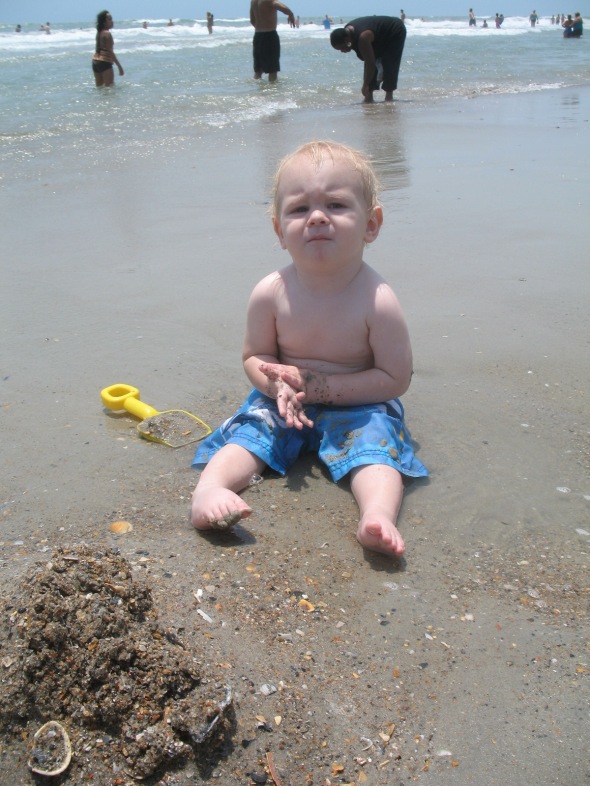 We showed the Bwun that he could play in the sand, and that's what he did for about two hours. Yes, we drove 2000 miles so the Bwun could have more dirt to play in.

To be fair, it was two hours where we didn't really have to DO much except enjoy the salty ocean breeze. The Bwun took care of himself. 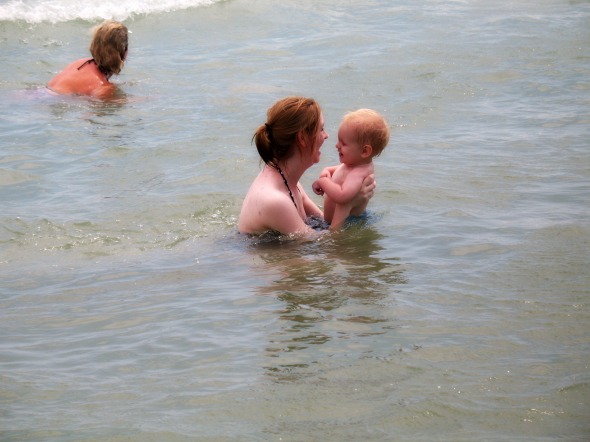 Eventually I got the Bwun to come in the water with me. The water was perfectly warm, and shallow enough that I could sit while the Bwun stood. We did get knocked down once, but I think he at least had some fun!

After we played in the water, I started to get hungry (thank you, jr). We packed up and found a nearby restaurant called Flipperz. In general I am morally opposed to any business that uses a Z in place of an S in their name; however, this turned out to be a good choice. The Romgi has been wanting to try soft-shelled crab, and they had a special soft-shelled crab sandwich today that he says was perfect (as was his seafood bisque). I had a blackened mahi sandwich that may be the first meal I’ve really enjoyed since we left Utah (I’m really picky lately). I liked it so much that we bought a jar of the dry rub seasoning they used on the fish, so we can bring a little taste of the coast back with us.

Only one week left in North Carolina! We drive to Washington DC next Saturday.

2 Comments on “Life in North Carolina”