It started off well enough.

The Bwun tried to grab at the dirt and sticks and cobwebs and bugs lurking in the cinder block that sits at the top of our stairs (who knows why it’s there?). 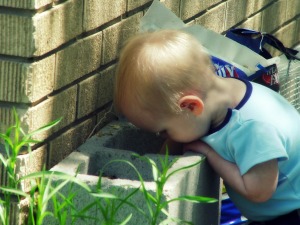 He looked at some grass and weeds. 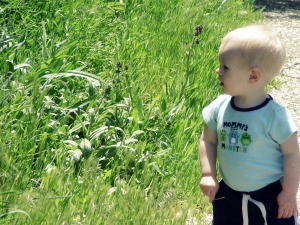 The Bwun was happy to be outside. 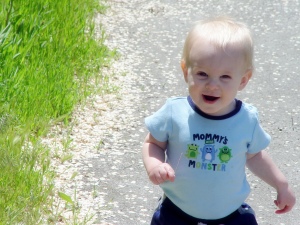 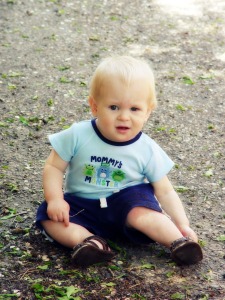 But while he was on the ground, he found a stick to chew on. 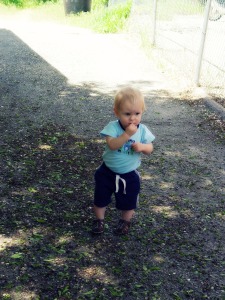 I’m not sure if he liked the taste very much. 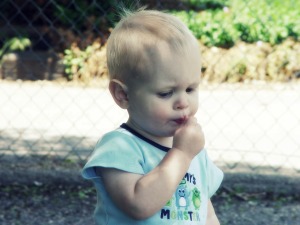 So he ditched the stick and went for our neighbors’ garden gnome thermometer – one of his favorite toys (and yes, they said it’s ok for him to touch). 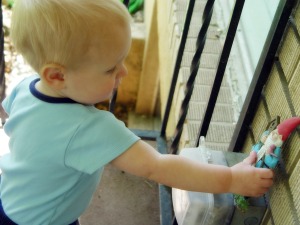 Unfortunately for the Bwun, he didn’t listen when I said to put the gnome back. He tried to carry it down the porch steps with him. I took it away; he threw a fit; we went inside.

(P.S. Lest you think I’m a terrible mother, when he tripped and fell down, I went and picked him up, brushed him off, held him, and made sure he wasn’t hurt. Seconds later he tripped again and sat complaining about his shoes. That’s what I took a picture of.)