I was planning on my this blog entry being about the follow up email from Club Live, but (not surprisingly) that email has not yet come. So, I have decided to write about something else. I real feel that as a consumer of the entertainment industry, I have been largely spoiled.

I’m not saying that everybody is spoiled, I just think that I have been. An example of this is the Harry Potter series. Unlike everybody else in the world, I did not have to wait years between each of the books to find out what happened next to the characters. I was able to read all of the books within a fairly short period of time, and The Roni feels that because of this I have missed out on theorizing on what stuff means, that I have also missed out on part of the experience. I did not have to guess what the title of the next book meant, or guess when Ron and Hermione would get over themselves and just admit that they liked each other.

Recently, I have again been spoiled. We don’t have a TV, but that doesn’t mean that we cannot watch TV shows. Broadcasting companies such as ABC, Fox, CBS and the like have been putting full episodes of shows on their websites. I had been watching shows online on the nights that Roni was off tutoring, or going to evening classes. I mostly watched newer shows, like Pushing Daisies, but such a good thing was not to last. The writers strike prematurely killed many new shows. Because new shows had so few episodes written for them before they aired, it was only a matter of time until new shows ran out of new episodes to play. So I began to look for other shows to fill the time. 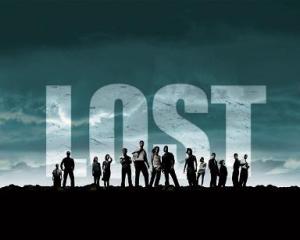 I remembered some people in my major talking about how much they liked to watch LOST. They kept talking about the “Korean element” of the show. So I figured that I might as well watch LOST. ABC put three previous full seasons up for viewing, and that meant that it could keep me busy for a long time. When I had heard of the show before, I had always just written it off. It all seemed too ridiculous to really believe. Seriously, a bunch of people crash onto an island and they get attacked by “The Others?” But from the first episode, I was surprised at the ease that they show allows you to suspend disbelief. I found that I was watching 2 or 3 episodes at a time, just because I really wanted to find out what happened next. About halfway through season 2, Roni also got addicted to the show.

The reason that I feel that I have been spoiled so far, is that like with Harry Potter, I was just able to watch the next episode to find out what happened next. I didn’t have to come up with my own theories about what was going on. But now we are caught up to the most recent season, which just barely started. I feel deprived now that I will have to wait a full week between episodes! I really have been spoiled. Now I find myself wanting explanations that simply are not there. It is a little fun, and a little frustrating at the same time.