I don’t want you guys to think I’m all doom and gloom (well, not all the time).  When I’m not thinking about how the world is going to end, I sometimes think of awesome business ideas.  Most of them are restaurants.  I don’t know why that is.

This restaurant would have a focus on high-quality local ingredients.  The restaurant would serve foods that are not only grown locally, but hopefully foods which grow naturally.  I would be willing to pay top dollar for local hunters to send a portion of their kill my way.  Imagine sitting down for a nice meal of elk, venison, or buffalo.  I would also hope to find a local expert on edible foods.  Wouldn’t you like to sip some nice warm rose and juniper tea?  Perhaps a bit of wild raspberry crumble on bread with some local honey?  It wouldn’t be for everybody, but I think this one has promise.

There is a reason that the vast majority of people buy stuff from grocery stores instead of foraging in the wilderness.  With such an emphasis on wild, local produce, it may be hard to keep up a steady supply to keep a restaurant going. 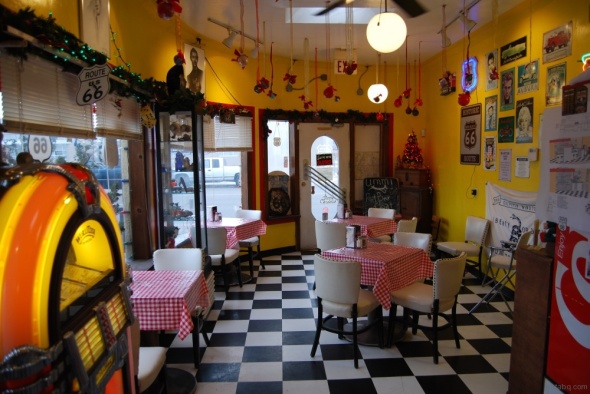 We all know the basic premise of a 1950s malt shop:  You go there with “the gang” to get burgers and ice cream.  Hijinks ensue as a laugh track plays in the background.  This place takes the same basic idea and turns it up a notch (and takes away the laugh track).  You would be able to order kobe beef burgers for dinner and homemade hazelnut ice cream.  Where the focus of Hunter-Gatherer is on getting quality local ingredients, the focus here is on taking ordinary things and making them extraordinary through expert presentation and quality ingredients from around the world.

The biggest problem would be keeping the menu fresh and modern while adhering to the traditional idea of a malt shop. 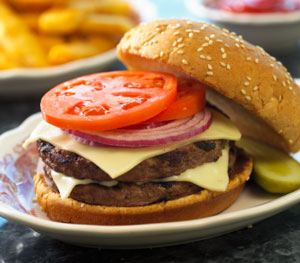 With a million other burger joints out there, how does this one stand out?  Well, at Custom Burgers you get to build your burger from the ground up.  Don’t you ever get annoyed by the fact that burger places will charge you 50 cents to add cheese or bacon, but then they won’t credit you back that amount if you ask for the same thing removed?  Custom Burgers fixes that problem by letting people pick the bun, meat and toppings that go on their burger.  There would have to be a large variety of meats, cheeses and toppings to really make it worth it.  You want an ostrich burger on rye with kimchi?  Go for it!

Inventory!  With so many options, chances are that you will need a substantial inventory to make sure you have everything in stock at all times.

Finding a chef that is well versed in all of the world’s cuisines may be a bit of a challenge.

I think that we have grown accustomed to wandering down the isles of the local mega-mart sorting through 500 types of cereal; sometimes less is more.  I would love to have a store that has the basics that are provided locally when possible.  Go to the store and pick up a jar of Mrs. Maple’s prized peaches.  Go and talk to the grocer. Get locally-produced treats and confections.  The focus here is community; I would like going to the store to be more of an experience.

People are accustomed to getting grapes at any time of the year and might not take too kindly to a grocery store that has a seasonal selection of groceries. 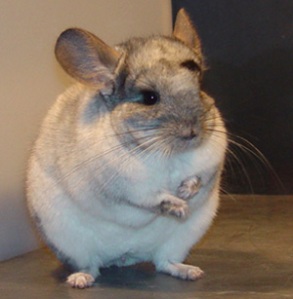 What is a “chinchillery”? A word I made up for a place where you raise chinchillas.   I’m not really sure why chinchillas exist.  Is it a rabbit?  A mouse? A hamster?  Wikipedia tells me that they are used for fur and kept as pets.  Common sense tells me they look like pikachu.  I want to mix their DNA with electric eels and sell them to overzealous Pokemon addicts.  If Jurassic Park scientists can mix dinosaur DNA with frog DNA, then chinchillas and electric eels should be a piece of cake.

None.  This is the best idea ever.

PS – I don’t often read web comics. But when I do, I read Basic Instructions.