← House of Many Ways
Sharing →

5 Ridiculous Things I Secretly Plan For

I like to live the Boy Scout motto: “Be Prepared.”  When your mind is wandering what do you think about?  Sugarplums? Taxes?  The rule against perpetuities? Not me.  I assess the situation I am in and prepare for ridiculous scenarios.  If we’re ever in the same room, and I have that glazed look on my eyes, I’m probably planning for a: 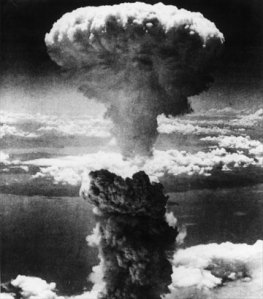 Don't worry, I've got this one.

Not really much you can do.  Always be aware of your surroundings.  You could always keep a pocket knife on you in case you are thrust into a survival situation.  Yeah, a pocket knife.

Look for what appears to be the sturdiest wall in the room I am in.  Don’t go near any windows because when they blow out, you could get severely damaged by the glass. Also don’t go near anything that could fall on you.  I estimate that 80% of my day is spent in close proximity to bookshelves that could, conceivably crush me, so yes, this is a valid concern.  At school, I would rather be in a classroom that in the library; the library has lots of windows and glass to injure you.  Also, books.  Lots of books.  The classrooms were built during the 70s, when people were thinking about “what if we get hit by a nuke.”  I am pretty sure they are safe.

Obviously, there are concerns about the long-term health effects of radiation exposure.  I would pick a direction and start walking (or if possible driving).  The goal is to get as far away from the fallout as possible.  You don’t want to go to where the next bomb is going to go off, so some place remote and unpopulated is ideal. 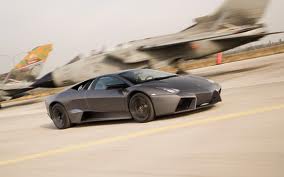 Let me add a small caveat.  When I think of this, I always assume that nobody will get hurt, and the roads are clear (and I won’t have an insurance rate spike).  I’m never sure what sort of situation would lead to a high speed chase, but I figured it is better to be ready than unprepared.

Simplest way to avoid a car chase?  Don’t make anybody angry.  That includes the police and the mafia.  If you live a lifestyle where this is not an option, then I suggest getting a small car with an excellent suspension and handling.  You’re going to be taking lots of turns at high speeds, remember?  You need something practical to get you around.  Also, watch lots of Top Gear (If you have any dignity you’ll just watch the British version).

The goal is to get to the freeway and not let your foot off the gas.  Granted, this type of driving tends to burn through the gas quickly, so have someplace in mind that you are going to.  On the run from the mafia?  go to the police station.  Deadly assassins? best to try and lose them before you go home.  Always keep in mind who is following you, always.

You’re going to have to get a new car.  If they’ve been chasing you, they obviously know what kind of car you drive.  Change cars and lay low for a while. 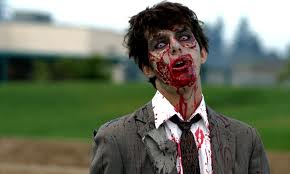 Barely registers as a threat

Much has been said about what to do in case of a zombie apocalypse, so I know this isn’t the most original entry.  But it never hurts to have a little something extra planned out.

I guess this all depends on the type of zombie we are talking about.  I don’t really believe in magic, so let’s assume this is a highly-contagious virus that changes people into zombie-like creatures.  Now that we have that established, I think the best preparation you can have is to stay in shape.  Zombies aren’t exactly known for their speed or agility, so the best defense is to be fast and nimble.  Keep a healthy supply of food and tools on hand.  Food keeps you strong, and tools can often double as weapons in a pinch.

Stay calm.  Don’t try to meet up with family or friends unless you are absolutely sure they have not been infected.  Yes, family is important, but do you really want NOBODY from your family to survive?  Also, despite what may seem to be a great idea, don’t go to the gun store.  Of all the places to try and get supplies, the gun store is probably the worst idea.  Don’t you think the owner is prepared (and willing) to defend his store?  Don’t go to the grocery store, there will be a lot of people there trying to get supplies.  Where there are lots of people, there are lots of germs.  The goal here isn’t to kill as many zombies as possible, it is survival.

Head north; go slowly.  Zombies are not prized for their intelligence, and the further north you go, the colder it will get.  Get far enough north and the zombies will turn into meatsicles.  Of course, you will need winter clothes for you to survive, but zombies just wander around waiting for brains to come their way.  They will freeze as they wander around the frozen wasteland that is Canada. 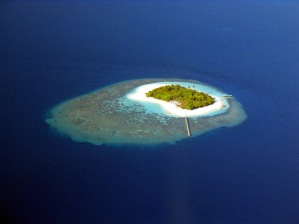 Just hope the Dharma initiative didn't find this one.

Many islands that can reasonably be inhabited, are inhabited.  If you end up on an island with nobody else on it, be prepared for a rough ride.

Considering that the most likely reason you will end up on a deserted island is from surviving an ocean landing from an airplane, there isn’t much you can do to prepare in terms of equipment.  Know at least the basics of how to swim and dive underwater.  Know several decent knots and how to make a wooden spear.  Know how to make some simple traps couldn’t hurt either.

Let’s assume that you have survived the crash, and that you are now on the island.  You are probably exhausted from your swim, and want to curl up and take a nap.  Remember, without food or water to replenish you, this may be the most energy you have for a while.  After you catch your breath, it would probably be a good idea to circle your island to see if there are any fresh water sources that run to the sea.  Keep a lookout for food sources that are easily accessible and easy to store.

Build a shelter and get a small fire going.  Try to keep the fire going and do what you can to not go crazy.  Recite poetry.  Write down something every day, even if it is just in the sand.  Keep plenty of food and water and hope for the best.  At least you won’t catch the zombie virus! 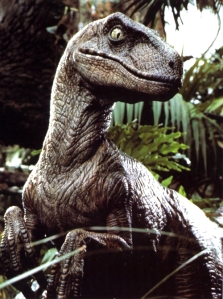 Ever since I saw Jurassic Park as a kid (I believe I saw it about 14 times in theater), I have been preparing for this.

According to the movie, the one thing velociraptors cannot due is hack computers.  In real life, a general awareness of your surroundings coupled with physical fitness should be enough to keep you safe . . . for a little while.

For this scenario, my goal is generally to get up where the raptors cannot reach you.  These guys can jump pretty high, so you need to get up high and stay there for a while.  I usually see if there is some high ledge that you can get onto.  Or the roof of a house.  Really, they’re going to eat you no matter what, so there isn’t much you can do.

You will be dead.  There is no long term.

6 Comments on “5 Ridiculous Things I Secretly Plan For”