There are two things I really, really want to buy for jr.

First, to play with:

Second, to decorate with: 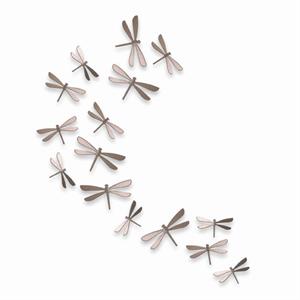 Either would make a great baby gift or Christmas present, I think…

The Secret Life of Bees 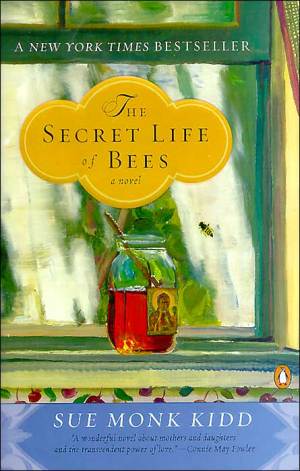 Did you read To Kill a Mockingbird? Everyone did, right? Including the author of The Secret Life of Bees, it seems.

While the plot of Kidd’s book is interesting, I felt like she was trying too hard to write a masterpiece that would equal To Kill a Mockingbird. (I’ll be honest, it’s been about 10 years since I read To Kill a Mockingbird, so my memory is a little fuzzy – I’ve read a lot of books since then – but I’m pretty sure these two books at least fall into the same genre.) It really felt as if the author was simply putting too much effort into making her book noteworthy, and with first-person narration it just didn’t work well. The main character’s words were nowhere near as poetic as I think Kidd wanted; regular people just don’t talk like the character did (especially in the Carolinas in the 1960s*).

It’s possible that part of the reason I was “meh” about The Secret Life of Bees is that the copy I had was a movie-cover edition. Something about having Dakota Fanning on the cover just irritated me.

That being said, I got more involved in the story than I expected. True, I finished the book mainly because I’d already used up my monthly Kindle money and we were in North Carolina at the time, so the only other thing to read in the apartment was the phone book. But I did (at least at times) wonder how conflicts would be resolved or what would happen next. I’m never quite sure which elements are intended as plot twists, since I’m so terrible at predicting what will happen in a book – often things that are lightly (or heavily) foreshadowed escape me and I’m stunned by the sequence of events. To be fair, I am getting a lot better, and maybe that’s why nothing in The Secret Life of Bees came as a surprise. Then again, it could just be that the author did a terrible job of creating unforeseeable plot twists. Who knows?

So…if you’re not me, and you don’t have a very odd self-imposed rule about reading 26 specific books this year, skip The Secret Life of Bees and just re-read To Kill a Mockingbird. That’s my advice.