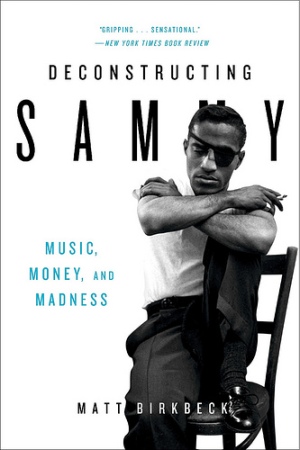 Summary: Despite earning millions as an entertainer, Sammy Davis Jr. was heavily in debt by the time he died in 1990 and his estate was declared insolvent by the IRS. His widow, Altovise, rapidly deteriorates and is broke when she meets Albert “Sonny” Murray Jr., a former federal prosecutor. He agrees to try settling the debt with the IRS, thereby restoring rights to use the name and likeness of Sammy Davis Jr. and bringing money back into the family.

Sonny’s job is not easy, however, as he learns over the course of four years that Sammy had no sound financial plans and lived extravagantly, without thought for the future. Finding the necessary legal documents proves difficult as Sammy’s former associates and employees are hostile toward Sonny’s investigation. Altovise was not well-liked, and Sonny must deal with negative emotions both toward her and from her. A severe alcohol addiction means Altovise spends time in rehab, which incurs further debt and makes her difficult to work with.

Eventually, Sonny makes a deal with the IRS – Sammy’s estate must pay $360,000 in taxes, mere pennies compared to the $7 million owed. Finding the money is difficult, since it is nearly impossible to determine what music Sammy actually owned, what royalties are due, and so on. With a substantial personal loan from Piaget to Altovise, Sonny is able to pay the debt in several installments. A box set of Sammy’s music is released by Rhino. Things are looking up – until Altovise unexpectedly terminates her business relationship with Sonny, without paying him the $800,000+ in legal fees Altovise has incurred.

In the end, Altovise remains tied to shady business partners who cannot (or will not) bring Sammy’s estate back to the glamour it deserves.

My opinion: This was a fascinating subject for me. I knew almost nothing about Sammy Davis Jr., and it was interesting to learn how he gained and lost several fortunes. The legal battles seemed endless, and though I assumed (because here in my hands was a book about Sammy) that the estate was restored, I wondered if Sonny’s case would be successful.

Birkbeck is a talented author who skillfully narrates a complicated story. However, at times his writing becomes repetitive, taking on the tone of a high school research paper. My other complaint is that Birkbeck has apparently done so much research that he can’t bear to leave any details out of the book. For instance, in describing Sonny’s efforts to obtain some of Sammy’s possessions, Birkbeck mentions the host of Ripley’s Believe it Or Not and his wild behavior. “During a taping in China, [the host] was tossed out of the country after relieving himself on the Great Wall” (107). A humorous anecdote, but completely irrelevant to the actual narrative.

As a whole, Deconstructing Sammy makes an interesting journey for the reader – intertwining flashbacks from Sammy and Sonny with the quest to settle the IRS debt. I recommend it to those interested in biographies, entertainment, and complicated estate problems.