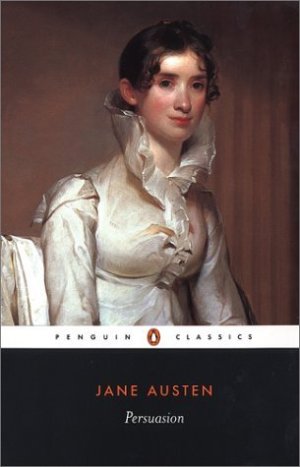 I don’t often read romance novels of any sort, even if they are famous. Austen’s stories are so achingly predictable that you know from the instant Mr. Right is introduced as a character that the rest of the book will be spent NOT having him get together with our heroine – until the very end, of course. In fact, with few alterations, I think the story of how the Romgi and I ended up married would make a fantastic Austen plot. But that’s for another time.

In my younger years, I read and loved Pride & Prejudice, but looking back I wonder if perhaps I felt obligated to enjoy it. Maybe part of it was my sense of dreamy romance, which was much stronger at the time. (Another possibility: because I read it at a time when the Romgi and I were NOT getting together, I identified much more with Elizabeth. Hmm.) Truth be told, the only other Austen novel I’ve actually read is Emma, which was so identical to the Gwyneth Paltrow film that I sincerely wanted to stop reading and just go watch the movie. I have seen my share of Austen adaptations, which is why I feel justified in making sweeping judgments about her actual literary works. There’s smugness for you!

At some point, I know I’ve seen part of an adaptation of Persuasion, but I wasn’t paying much attention, and when I started reading the book, I had only an extremely faint idea what the plot would be (outside of the general “how to get Mr. Right” formula). Whether from my low expectations or because the book was truly good, I – shockingly – enjoyed it! Yes, it was somewhat tedious to wade through the chapters of NOT getting together, but I was appeased by my confidence that Anne and Captain Wentworth would at last have their happy ending. Real-life analogy: it’s not so painful now to think of the dramatic breakups and heartaches that the Romgi and I went through, because we’re blissfully married now. Right? (The Romgi, now is a good time to leave a comment in the affirmative.)

Another factor in my enjoyment of the book was Anne’s character. I never felt as though Austen was trying to compel or persuade (tee hee) me to like Anne above any other characters, nor that she (Anne) was simply less boring or stupid than everyone else. Anne came across as a somewhat average woman, which is how I feel most of the time. The plot didn’t involve two supremely attractive and likable characters instantly falling in love and getting married; rather, it was two regular people who were able to make their relationship work. They adored each other as couples ought but never glorified the other in the extreme. Yup, good stuff.

With my happy results from having read Persuasion, I may be daring and try another Austen novel. As I mentioned before, I’ve only read Emma and Pride & Prejudice before. What would you recommend?