← The Grand Tour
The Black Swan → 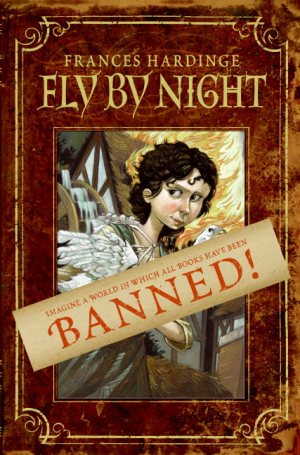 As I sat down to write this post, I thought, “You know, the title really doesn’t make any sense. It has nothing to do with the book at all.” Oh my, I am losing it. I somehow failed to make the connection between the main character’s name, Mosca (in honor of the day she was born on – sacred to Goodman Palpitattle, He Who Keeps Flies out of Jams and Butter Churns), and the double meaning of the word fly. Sheesh.

The plot was extremely unique. In whatever world this takes place in (one thing I can hardly ever be bothered to pay attention to), there was originally a monarchy; several deaths lead to an argument over succession; a parliament was established, but the real force behind the realm – and the glue that held it together – was the guilds. Each has its own responsibilities and jurisdictions. Eventually it is decided that a parliamentary committee will decide on the best monarch to rule; meanwhile, the residents of the realm are free to support their favored monarch, as well as the Beloved (basically a Saint) that suits them best. There is a Beloved for each day and each night of the year, so babies are named for the Beloved on whose day or night they are born.

Mosca is a young girl who was taught to read by her father before he passed away in a remote village, where he moved when he was exiled (although we don’t learn why until later) many years before. She escapes the village and moves on to bigger, better, and more troublesome things.

The big question: did I see the plot twists coming? Heavens no, but I was really trying this time. I picked up on what clues I could, yet was completely blindsided by the sudden turn of events. The author did a great job balancing foreshadowing and real surprises. It was a quick, easy read, and as I said, the plot was fantastic. I actually grabbed the book at the library because it was thick and had a cool cover…luckily I was not disappointed this time.