A Matter of Pride 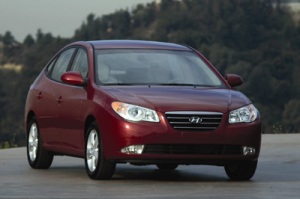 The Hyundai (which by the way is pronounced hyun-day, not hun-die) cars to win the honor are the Elantra and the Santa Fe. It is a big step for Korean automakers. It wasn’t too long ago that they weren’t exactly known for their build quality in the US.

And so it goes

I hope you’ve all seen The Little Mermaid, because this will pretty much be meaningless if you haven’t. 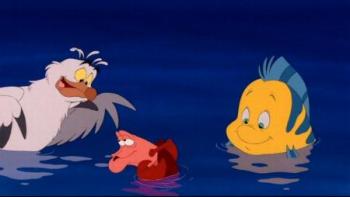 One of Ariel’s friends is a rambunctious seagull named Scuttle. My favorite part of the movie is right before Sebastian & Co. start singing “Kiss the Girl.” Scuttle recognizes that the situation calls for a little mood music…and begins warbling, garbling, and screeching his way through what can’t really be considered a song of any sort. It really isn’t even music. Anyway, you should watch it again, because it’s a great part. Eric says that someone should put the bird out of its misery. Haha.

Ok, so the relevance. If you’ve watched the movie and are familiar with Scuttle’s character, then you should be able to draw some comparisons when I tell you that I’ve named my rat Scuttle. Seriously, he is Scuttle in rat form. I love watching him interact with NIMH, because he’s such a flamboyant attention hog. I’ll upload a video in a few days so you can see. And then, you will agree. (If you don’t agree, please don’t bother telling me.)

Sorry to disappoint those of you who suggested names, but after spending more time with my rat, I came to the inevitable conclusion that his name is Scuttle.

In the past week I’ve had three or four completely unexpected but absolutely fantastic surprises. One, of course, was getting a new rat (NO, I have not named him yet…patience, Iago). The next was torrential rains on Sunday, which may not sound fantastic but actually is. And here’s why: (1) it was not snow; (2) torrential rains remind me of Home. I never really thought Fairfield was a cool place, and maybe it’s not so much, but I still think of it as Home. Besides…the weather is pretty hard to argue with. Sure, it gets hot in the summers, but if you had a swimming pool — or better yet, a friend with a swimming pool — you’d be alright. Anyway. I just liked having to leap over huge puddles in every driveway on Sunday (I went Visiting Teaching).

The third surprise is one that you need to understand Utah to really get. Yesterday and today have been gorgeous weather. I mean it. I went outside in a t-shirt and sandals. The sun is shining (but the ice is slippery…no, wait, the snow has melted), there are birds chirping, and except for the putrid color of the dead grass everywhere, it might almost be getting to be spring. I think part of the reason it’s so enjoyable is because I know in a day or two we’ll be back to blizzards and torrential rains. (You’ve lived here too, right? Then you know exactly what I mean!)

So today, I am basking in the relative warmth by having the curtains up and the windows open. Sometimes nice things just happen. I’m glad I have a rat to share them with.

(And I know, I know, I need to name the rat. But I just can’t find the right name. There are a lot of cute names, but none that I want to call him. Right now he is sitting on my shoulder and every once in a while he leans over to lick my neck. Um. Thanks?)