Death Comes for the Archbishop 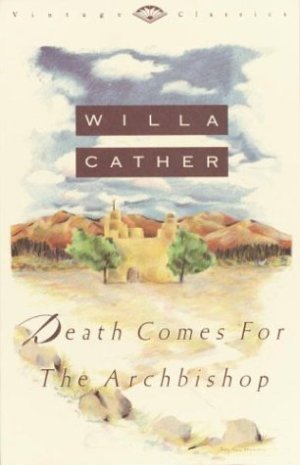 When I was a lot younger, I went to Santa Fe with my dad and a few siblings. On the drive there, my dad mentioned that much of Willa Cather’s novel Death Comes for the Archbishop was set in New Mexico and in Santa Fe particularly. Being young and somewhat ignorant, I assumed, from the title, that the book was some sort of intriguing murder thriller set in the early days of Santa Fe.

This delusion continued through the years, and I finally picked up a copy at the library last month. I was more than halfway through the book when I finally admitted to myself that there would be no murder and no thrill in the plot. Turning to the Romgi one evening as I read, I asked, “Judging by the title of this book, what do you think it’s about?” He looked at the title and cover and replied, “Probably the story of a person’s life. In the Southwest.”

(He was entirely right…I felt rather dumb.)

So, yes, the book is really just about the Archbishop. Death doesn’t come for him until the end of the book, when he dies of old age. I’m a little bit disappointed, since I honestly and truly thought I was sitting down to an exciting plot. It was actually rather dull. Sorry, Willa Cather.